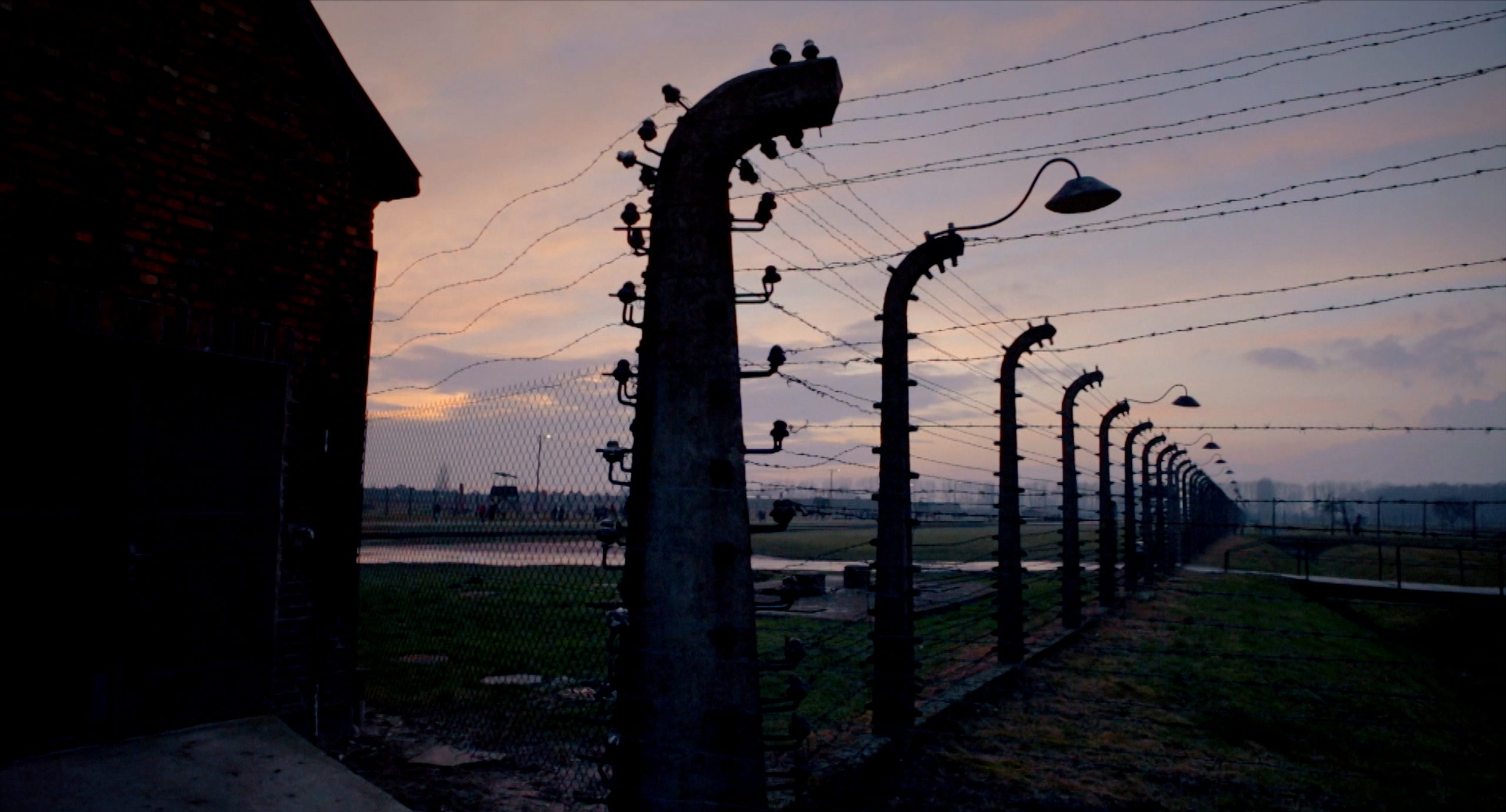 Based on interviews, the documentary film The Carousel Made of Barbed Wire tells the story of the fight for survival of young Finnish male and female members of the Finnish Merchant Marine and their children in Nazi Germany concentration camps during World War Two. The scars of those still alive have not healed yet.

When Finland and the Soviet Union signed the armistice ending the hostilities between the two countries in the autumn of 1944, Finland’s role in World War Two changed unexpectedly. Former brothers-in-arms, Finland and Germany were now enemies. Nazi Germany took revenge on Finland by taking over the Finnish merchant marine ships in the ports under its control and imprisoning their crews.

Aarne Kovala and Eino Sjöberg, two of the main characters interviewed for the documentary were almost mere children during the war – aged 16 and 18 – when imprisoned aboard a Finnish freighter and taken to Nazi Germany concentration camps in Stutthof and Pölitz. Altogether 355 young people working in the Finnish Merchant Marine were sent to Nazi Germany concentration camps – without any religious, racial, or ethnic reason. More than thirty of them were women employed as the members of the ships’ crew: stewardesses, mess girls, and kitchen staff. The post-war diaries written by one of them serve as the film’s framework. The experiences written down by the late ship’s stewardess Katariina Kettunen, a concentration camp prisoner at the age of thirty, are read by actress Liisi Tandefelt.

In the film the former Finnish prisoners tell about their experiences in the Nazi concentration and extermination camps. What they were forced to witness first-hand at the death camps. Systematic killing, constant abuse and maltreatment as well as torture that they had to physically suffer themselves.

Beside concentration camp experiences, the film examines how extreme cruelty and evil experienced previously in life are permanently engraved in the victim’s mind and consciousness. The constant threat and presence of death and violence in the victim’s life and the effects of the cruelty experienced on the mind and the body are explained by Psychiatrist Asko Rauta, former Director of the Centre for Torture Survivors in Finland (CTSF). Author/philosopher Torsti Lehtinen analyses the manifestation of evil in man, and its nature in the world.

In conclusion, the documentary asks whether the victim will ever be able to forgive the torturer? And ultimately it wants to direct your gaze to the future and give us hope and faith – the most beautiful of days is yet to be lived.

The idea for this documentary came to be in the spring of 2013. I chanced on the Net on information about the existence of a book about Finnish prisoners in Nazi Germany concentration camps during World War Two. I had never heard of any Finns imprisoned in Nazi concentration camps. I knew nothing more of the subject or the book, neither was I sure the accuracy of the information of the fate of the Finns in the camps, but the subject started to interest me, and I decided to get my hands on the book.

This book published in 1960s – The Carousel Made of Barbed Wire – was nowhere to be found in bookstores or on library shelves. But still, by pure chance, one example was found in the storage of the library in my domicile. The author’s name gave me a surprise. It was written by a woman. In it Katariina Kettunen, a ship stewardess during the war, tells about her experiences as a prisoner in a Nazi Germany concentration camp. The events, written after the war in the form of a diary, and Katariina’s fate particularly began to interest me. It was beyond my comprehension that there could have been women, too, in the concentration camps. I felt that Katariina’s fate was one worth telling about. I decided to find out who this person is.

Soon after reading the book I discovered to my regret that Katariina Kettunen, the author of the book, had already died – in 1995. The book mentioned, however, Katariina’s fellow worker aboard the ship: Eino Sjöberg. I called the landline leading to a seaside town. An old man’s voice answered: “Sjöberg.” I asked if he was the same Sjöberg mentioned in Katariina Kettunen’s book The Carousel Made of Barbed Wire. Yes, he replied. I asked cautiously if I could interview him about Katariina. To my surprise he replied in the affirmative. We agreed on the date for the interview, and his home as the location. During the first day of shooting Eino Sjöberg happened to fix his trouser leg. The sight stopped me dead. His legs were bruised black and blue all over. They were beaten in the concentration camp, he said. I then knew that this subject was much larger than just Katariina’s fate. Eino Sjöberg passed away two weeks after the interview. I felt that the final chance to interview these people was at hand and decided to find out whether any of Katariina’s and Eino’s companions in misfortune were still alive.

After a long search I found from The National Archives of Finland the examination records of the merchantmen and women who had returned to Finland from the concentration camps. Based on them, I sorted out the ones who still might be alive. The Population Register Centre and Directory Enquiries enabled me to locate them. Many of the aged who had shared the fates of Katariina and Eino refused to admit that they had been concentration camp inmates, or were simply unable to talk about the whole subject. As I searched for previously-made material of the subject I came across hardly any interviews.

Along with these contacts and background research I discovered how extensive, untold, and disturbing the whole subject still was. The interviewees found it very difficult to talk about what had happened – still, almost at the age of 100. I was fortunate to receive sympathetic permission to use the personal archives of several of the former inmates who had already passed away – like the use of the original diaries of Katariina Kettunen that had formed the manuscript for the book. In this way, also the fates of the departed concentration camp prisoners finally found their place as part of the sensitive but undeniable overall picture of a tragedy that had for long remained untold. And the diaries of Katariina formed the dramatic arc of the film.

The group of the 355 Finnish prisoners of war who found themselves in concentration camps is minuscule compared to e.g. the Jews or Romas subjected to systematic persecution, but the horrors of the camps had their impact on the Finns, too, as well as on other camp survivors. The destructive power of their experiences endured in the minds of the victims for decades, and a number of the survivors ended up taking their own lives.

The making of this film was a lengthy process – a six-year journey of discovery into this almost ignored subject. It has grown ever more topical over the years alongside hate speech and the strengthening of extreme right-wing ideology. One can increasingly often hear historical facts being questioned. I have also noticed the ignorance of my own generation about the tragedies in our recent history.

I think that right now it is extremely important to tell about this dark period that took place in relatively recent European – and world – history, and about its very far-reaching imprints. Told by the victims themselves, the subject comes closer to us, and at best we may well learn that the past is also a part of our present – and our future.